During the panel discussion “Legal regulation or self-regulation: is there a need to choose?”, held on February 11, 2016 as a part of the First All-Ukrainian Forum “Effective Distribution and Market Penetration: Legal Aspects”, organized by the Arzinger law firm, the UCRFIN Association Director Dr. Oleksandr SAKHARENKO presented the participants the Forex market’ vision on self-regulation. In particular, it was noted that on the present stage the retail Forex business in Ukraine was not regulated, which created significant risks for customers and the market. This primarily referred to the absence of any restrictions for the activities of frauds and pyramid schemes.

UCRFIN Chair of the Board Oleksiy ATROSHCHENKO and the Association’s Director Dr. Oleksandr SAKHARENKO participated in the Odesa Financial Forum, which took part on September 24-25, 2015. During the Forum the UCRFIN representatives, in particular, have held negotiations with Dmytro SHYMKIV – Deputy Head of the Presidential Administration of Ukraine for administrative, social and economic reforms; Coordinator of the National Reforms Council under the President of Ukraine. During the negotiations the key Association’s tasks and activities have been presented and the main problems encountered by Forex companies in Ukraine, including those resulting from the absence of Forex activities regulation and financial

Position of the Association and UCRFIN member companies is that self-regulation should become one of the key instruments of effective protection of legitimate rights and interests of Forex companies and their clients and should contribute to the cleanup of the Forex business from frauds and financial pyramids. Considering the small size of the Forex business in Ukraine and the limited competence of the governmental authorities in Forex services regulation, which is due to objective reasons, a transfer of a part of control authorities to a self-regulatory organization (SRO) should become an important supplement to licensing, which should be foreseen in 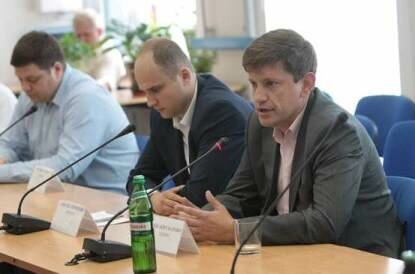 On May 26, 2015 a round table «Forex in the World and in Ukraine» took place. It was attended by the members of the working group on revising the draft law Nr.2290 on Forex Dealer Activities in Ukraine, Forex business, financial services and financial market experts and media. In the course of the round table its participants stressed on the need of regulating the Forex market in Ukraine as the means of protecting rights of financial services’ consumers, creation of equal conditions for all market players, effective barriers against frauds, increasing State budget incomes, etc. Director of the Association «Ukrainian 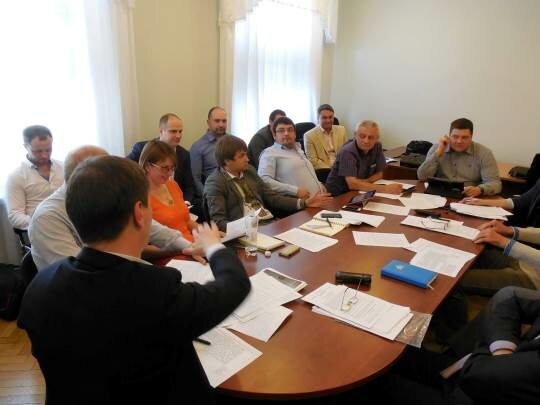 On May 21, 2015 the working group on revising the Draft Law of Ukraine Nr.2290 «On Forex Dealer Activities in Ukraine” registered in the Verkhovna Rada of Ukraine on March 03, 2015 has started its sessions. Experts from the UCRFIN Association as well as from its member companies: ForexClub, IronFX, RoboForex and TeleTrade, have joined the working group, which had been organized by the law draftsmen. Prior to the working group opening meeting the UCRFIN Association had prepared and submitted to the draftsmen a list of proposals and amendments to the Draft Law. They touched upon, in particular, the following 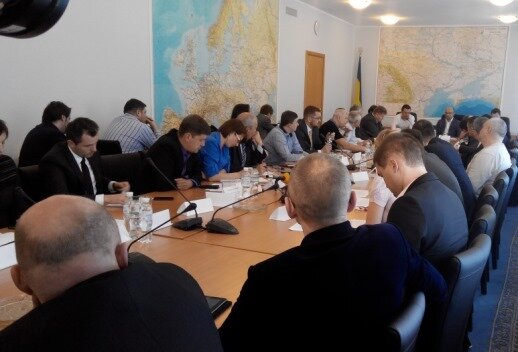 On April 28, 2015 the round table «Ways of Forex Services Market Legislative Regulation in Ukraine» took place in the premises of the Verkhovna Rada of Ukraine. The event was organized resulting from submission of the Draft Law Nr.2290 «On Forex Dealer Activities in Ukraine» with the aim of discussing the general concept of the Forex market regulation in Ukraine, including definition of the regulation object, mechanisms of protection of rights and interests of market participants and private individual traders, public interests, etc. Discussion participants were Forex business representatives, in particular the UCRFIN Association Director Dr. Oleksandr SAKHARENKO and experts

On April 23, 2015 the Second International Forex Congress took part in Moscow (Russia). The Congress was attended by representatives of the largest Forex companies operating in the post-Soviet space, regulators, credit and banking institutions, scientific and expert community, associations, NGOs and media. During the Congress the most current problems of Forex business, including risks related to instability on foreign exchange markets and region’s general economic problems, exchange and other restrictions were discussed. Forex companies’ interaction with banking institutions, payment systems and acquirers, latest software and analytical systems, marketing, advertisement, rating and other issues were also covered. The Forum’s key

UCRFIN has commented on bankruptcy of several Ukrainian Forex brokers

In the course of last several months a number of Ukrainian Forex brokers, which had been previously carrying on vigorous business activities, had emphasized their stability and attracted clients, have announced their insolvency. Bankruptcy or spontaneous close of operations has badly affected the traders, the majority of whom have failed to withdraw their earnings or invested money. In many cases this went along with actual absence of any official comments from brokers’ part and impossibility to receive information on money withdrawal procedure. The problem’s detailed analysis provided reasons to believe the failed brokers were far from complying with Forex business

On February 25-26, 2015 representatives of UCRFIN Association took part in the IV International conference «Security of Financial and Credit Institutions: new challenges– new solutions – 2015», organized by the Ukrainian publishing house KBS-Izdat and international specialized magazine Bankir under support of Microsoft Ukraine.   During the conference a wide range of current issues influencing security of financial and credit institutions in present conditions, in particular: – legislative regulation of security – information security – combating fraud.   As a part of the work of the conference’s section devoted to combating fraud the Chair of the Association’s Board Oleksiy ATROSHCHENKO 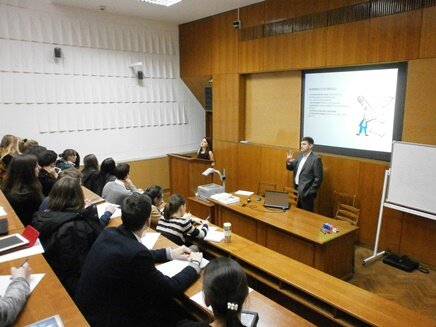 November 06, 2014. UCRFIN Association has supported an initiative of the National Bank of Ukraine on holding the All-Ukrainian Financial Literacy Week. As a realization of this initiative Associations’ representatives and its member companies held a lecture/training “Fundamentals of Financial Literacy” for 1-3 year students of the Institute of International Relations of Taras Shevchenko National University of Kyiv. The event’s major task was development of assets’ saving skills among students, their acquaintance with “financial safety cushion” and “investment”. In particular, such notions as budget, balancing incomes and expenses aimed at reaching surplus as well as basic investment methods as a